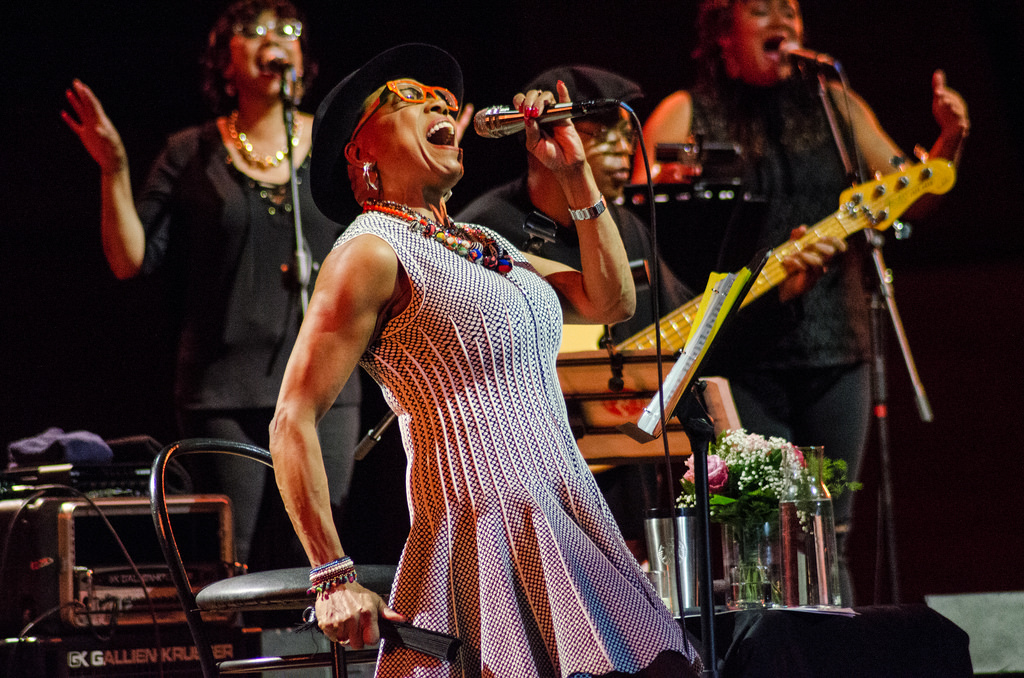 I want to honor this city, Memphis, which we call Soulsville, which has brought so much joy to so many people around the world. It has always been a part of me and the proof is the more I come back, the more at home I feel and the more logical it begins to feel that eventually I will move back here. Much of my heart and soul are here.
Dee Dee Bridgewater

I’ve just completed the production of a 7′ video for Dee Dee’s new album “Memphis… Yes, I’m ready”. In this EPK video she displays her great commitment to the blues and soul music and explains her personal involved in the project. A fresh glance on the career and private life of a music star that is still able to shine in her 70s and on her amazing talent.

“These were songs I listened to on the famous Black radio station WDIA, where my own father, Matthew Garrett, was a young on-air DJ with the moniker ‘Matt the Platter Cat.’ I was born in Memphis but my family migrated north to Flint, Michigan, when I was 3 years old. The South has always remained buried inside me, and coming back for this recording project has brought me full circle in my life.” – Dee Dee Bridgewater
Memphis, Tennessee. Every picture tells a story; every journey begins differently. The story of Dee Dee Bridgewater’s stunning new album, “Memphis…Yes, I’m Ready,” begins in that city, where she was born at Collins Chapel Hospital, located not far from where the album was recorded at Producer Willie Mitchell’s historic Royal Studios. Dee Dee’s father, a trumpet player also affectionately known as “Matt the Platter Cat” was a DJ at WDIA, the top Memphis radio station. Even when the family moved to neighboring Flint, Michigan, as a young girl Dee Dee would listen to the great sounds of the Memphis music scene by tuning-in late night from across state lines. And oh what a music scene it was!

“Even as a young girl the music moved me, inspired me, made me dance with joy and cry with emotion. My life journey may have started in Mali, West Africa, as a descendent of the Peul tribe and the Fulani of Nigeria (explored on her 2007 recording, “Red Earth” recorded in Mali) but it certainly was nurtured by my childhood in the South and all of the amazing music that I was being exposed to.”

To honor the city and her roots, 2017 NEA Jazz Master, three-time Grammy and Tony award winner and UN Ambassador for the Food And Agriculture Organization knew that she would have to come back home to do it right. Co-producing the album in tandem with Memphis native and Grammy-winning musician Kirk Whalum as well as Willie Mitchell’s son – Grammy-winning Engineer Lawrence “Boo” Mitchell and Bridgewater’s daughter/manager, Tulani Bridgewater. “Memphis…Yes, I’m Ready was recorded at Royal Studios in the Fall of 2016 after multiple visits to the city over a period of several years, visits during which Bridgewater absorbed as much of the music and culture and heart and soul of the city as she could possibly consume.

“Working in Memphis at Royal Studios is like magic,” says Bridgewater. “There’s so much history that has been recorded in those walls. I just felt I could take this journey in that city with Kirk and Boo. They are my two kingpins and the two helped me realize this project and bring it to fruition.”

Dee Dee was also determined to recapture the same magic and history of the Blues, R&B and Soul classics that she takes on as repertoire, and that were originally made in/associated with Memphis. “I wanted people to be able to recall the original versions, but I also wanted them to have a more modern feeling while respecting those originals. I’m doing B.B. King’s”Thrill Is Gone,” “Going Down Slow” by Bobby Blue Bland, Otis Redding’s “Try A Little Tenderness,” “Can’t Get Next To You” by Al Green, “I Can’t Stand The Rain” by Ann Peebles and “Why? (Am I Treated So Bad)” by The Staple Singers – it just doesn’t get any better than this in terms of material, and the opportunity to make them my own was an opportunity and a challenge I felt honored to take-on.”

In reality, Bridgewater even prayed her project was on the right path. She said her prayers were answered when out of the blue Memphis’ own Stax Records singing legend Carla Thomas dropped by Royal Studios just after Dee Dee had finished mixing Thomas’ hit, “B.A.B.Y.”

The result of this recording is an album that sounds like Memphis and feels like Memphis but also sounds and feels as only a Dee Dee Bridgewater album can, imbibed with her own fierce passion, originality and incredibly dynamic take on the tracks.

The release of “Memphis…Yes, I’m Ready” will be accompanied by tour dates worldwide (www.deedeebridgewater.com).