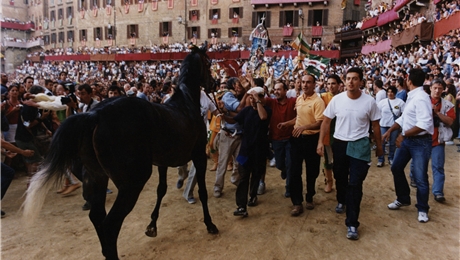 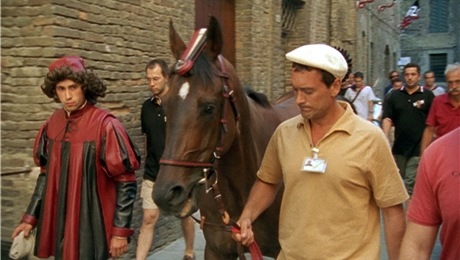 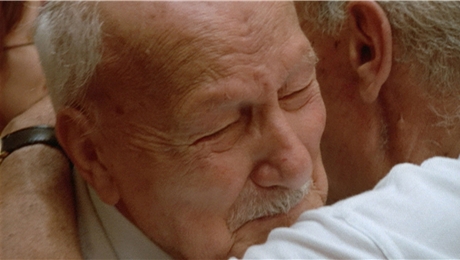 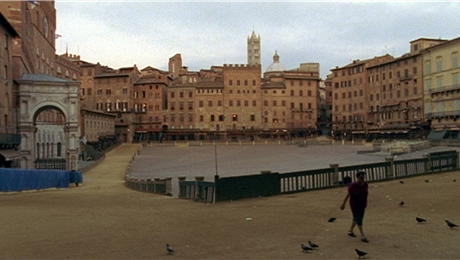 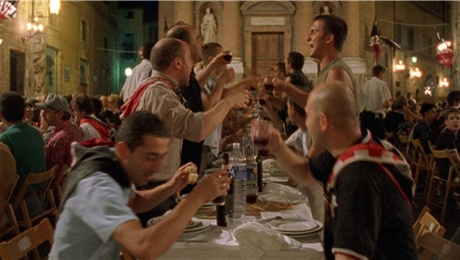 “The camera team was awarded unusually privileged access, and there’s plenty of nail biting all around in this handsomely made production” Variety

An sensitive documentary film about the passionate struggle of an Italian community in Siena to win the town’s annual event: Il Palio.

The honour and respect of the district are at stake, as they have not won for years. The young need to feel the glory of a victory coursing through their veins in order to be truly proud of their roots.
All the year round we follow a few members of the Civetta ‘clan’ closely, who have dedicated their lives to their district. From Egidio, the 92-year-old sage, to 21-year-old Paolo, who grooms the horse and is totally committed. Only four days before the race, a lottery decides which horse is selected for the district. This horse is then paraded through the city as if it were a god. It symbolises Fate that will decide the future of the district.

The Last Victory is about the hopes and the fluctuating fortunes of a small but passionate community. It reflects the different layers of Italian society: its traditions, its religion, its politics and its love of sport.

Produced by Carmen Cobos and Judith Vreriks for Cobos Films

in association with IKON

Available on Amazon (link) in Italian O.V., subtitles in English

Watch it on Vimeo (low quality, link) with English subtitles