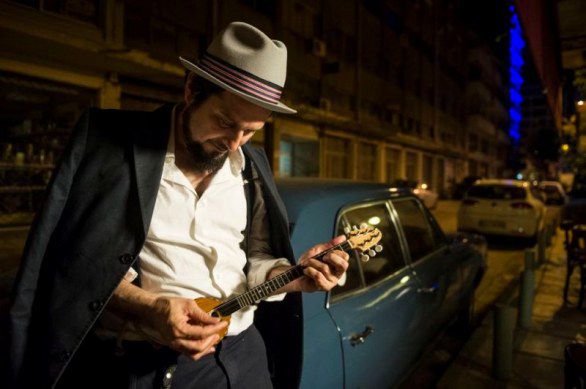 30 Dic My videoclip of Misirlou by Vinicio Capossela

Posted at 19:53h in Music, Senza categoria, Video by Niccolo

My fourth videoclip for the Italian cult singer Vinicio Capossela, Misirlou, is online at Repubblica.it

Vinicio has earned a special place in the Italian musical scene for his idyosincratic mix of Italian folk music and literary references. He channeled influences spanning from two-fisted novelist John Fante to poet and philosopher Samuel Taylor Coleridge to forge an experimental, profoundly literary approach to popular music quite unlike anything else in the contemporary European sphere. His ninth studio album Rebetiko Gymnastas (2012) is a personal exploration of the traditional greek folk music, the Rebetiko, at the same time a mythological trip and a tribute to the culture of a country on the brink.

Come on, raise the weight of the wound and the absence!

We put the jacket in half!

to your youth made of tears and rebetiko!

… And we sang in chorus

and we danced alone.

The album has been recorded in 2007 at the Sierra Studios of Athens, on Mag Tape and mixed by Taketo Gohara with the mixer used by Pink Floyd for immortal The dark side of the moon. It was a 50°C summer in Athens when me and soundman Niccolò Bosio filmed the entire session of studio recordings. We used 2 videocameras and worked in an impossible semidarkness condition.